“We are all made of Star Stuff”

The sun and all the stars in the night sky and beyond, are large nuclear reactors which are “burning” light elements into heavier element. All our elements in chemistry were made in stars near and far by nuclear processes. There are 82  elements that have stable or long half-life isotopes. All of these stable elements are found on earth. All the stable elements found on earth are also observed in the spectrum of the sun. Figure 1 illustrates the abundance of the elements in the solar system in which the sun makes up 99.8 % of the mass. The abundance of each element is arbitrarily measured relative to silicon having an abundance of 106. The earth, sun and apparently the milky way galaxy are a great places to find the stable elements.

There is one problem with this discovery and that is that our sun is not big enough, really massive enough, to make elements beyond carbon. Where did these elements come from and how were they formed? The answer starts with the big bang; which after about three minutes nuclei of hydrogen and helium began to form. Clouds of hydrogen and helium began to gather together about a billion years after the big bang. The force of gravity began to accumulate the clouds into “massive globs” of the gases. The gravity of each massive glob compressed the gases and the internal, core temperature increased to about five million Kelvin. Next the slow process of proton fusion begins and a star was born.

In the section “ The Atomic Nucleus” the so called binding energy of the atomic nucleus has been discussed. This energy can be released when fusion of the light atomic mass atoms takes place to form a heavier atom. In the case of hydrogen fusion, four protons may “fuse” to make helium and 26.73 MeV of mass is converted to energy (E = mc2).   4 1H  => 4He + 26.73 MeV. This

Which is a slow process. There are three other ways to carry out the pp process, but they require heavier elements. Our sun fuses hydrogen into helium in the faster CNO process ( ppIV).

The faster CNO process in the sun generates a lot of energy on the surface but there is no worry about burning out of hydrogen fuel. In the 4.6 billion years since the sun was formed only 6 % of the hydrogen fuel has been “burned” up to date.

The sun does contain C, N, and O and all those other elements as mentioned above and it is believed that the sun was once part of a binary system. That is, it was a small star orbiting a much more massive star and one day billions of years ago the massive star exploded and expelled much of its elemental matter. The very early universe apparently had a great abundance of giant, massive stars. The more massive stars rapidly reach high temperatures and pressure and consume hydrogen fuel very fast. Table 1 is a comparison of the mass of stars with their lifetime and temperature. A star forty times more massive (40 solar masses) will have a surface temperature greater than 28,000 K and a much higher core temperature. These stars consume light element fuel rapidly and build up iron in their core. When the star builds up silicon (A = 28) and begins the fusion of silicon to form 56Fe and 56Ni it is about to shut down the fusion process.  28Si + 28Si  => 56Ni and 56Fe.  Fusion stops at this stage and the core temperature begins to drop because silicon fusion releases only about 1.0 MeV of energy. Iron and nickel are at the top of the binding energy curve, Figure 2, and do not undergo fusion. When this takes place in a star the temperature of the core drops rapidly and the star explodes casting elements into space.

Table 1 The relationship of star mass, in terms of solar masses, with the lifetime in years, color and surface temperature

Figure 2 is a plot of the nuclear binding energies of the elements. 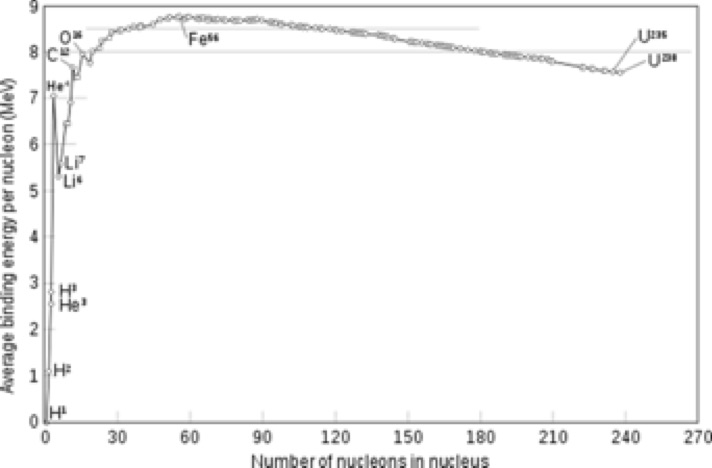 Figure 2.  Binding energies of the elements

The path from hydrogen at the bottom of the curve in Figure 2 to iron on the top takes place in steps. Gravity also plays a role, in that the heavier elements sink to the core as the process proceeds. Only the more massive stars can make it to iron. Our sun is not massive enough to make it beyond oxygen. As the fusion process proceeds the heavier elements work their way to a lower layer down to the iron-nickel core if it is massive enough.

At the surface hydrogen fuses to helium by one of the four processes mentioned above. As the helium builds up it begins to descend toward the center of gravity and a layer with a higher temperature. Helium then reacts with either hydrogen to form lithium or beryllium. Both the nucleons 5Li and 8Be are unstable with half-lives less than 10-15s and fall back to hydrogen and helium for 5Li and two helium nucleons in the case of 8Be. This is a major snag in the process of building the elements and everything is slowed down and helium and temperature builds up. The British Astronomer, Fred Hoyle, noted that the energy of the ground nuclear state of 8Be   was very close to the energy of the 12C excited nuclear state. Hoyle proposed that this barrier by the instability of 8Be to proceed to carbon was overcome by equilibrium amounts of 8Be were in resonance with the excited 12C which allowed a triple helium process to proceed to 12C.  (4He + 4He ó 8Be, + 4He => 12C, a three helium process). This resonance step is essential for there to be carbon-based chemistry and life as we know it. Once the carbon barrier is overcome the process of ‘helium burning” can proceed.

The physicists that do fusion studies have a compact way of expressing nuclear reactions. The reaction of 12C with 4He to form 16O and release energy is expressed as:  12C(4He, g)16O or since 4He is an alpha particle as 12C(a, g)16O and p stands for a proton (1H) and the g is energy emitted as electromagnetic radiation.

The helium burning process builds the even Z elements up to 40Ca.

Table 2  The layered, fusion processes that take place in a middle aged star that has a mass 25 times that of our sun (25Mo). The processes are in descending order from the low density surface to the very high density central core. (Adapted from “Nucleosynthesis and Chemical Evolution of Galaxies” by Bernard E. J. Pagel, Cambridge Press)

The fusion process proceeds to build up in the above 25Mo star over a period of about 6 million years and suddenly the temperature falls and the iron-nickel core collapses. This draws the lighter elements down to hot zones and there is a blow-off explosion of the outer layers of the star. Large quantities of neutrons are rapidly produced and elements heavier than iron are formed. The remainder of the star is a mass of mostly neutrons and shrinks to a neutron star. Hoyle called this the rapid process. There is a slow building of elements heavier than iron. The radioactive isotopes of some elements lighter the iron will emit neutrons on decaying. This is the slow process that takes place in dying stars with a mass less than the example in Table 2.

Figure 3 is a color-coded periodic table, taken from Wikipedia, which indicates the process that forms the majority of any element. All elements beyond nickel (28) require a neutron source. The elements Tc (43), Pm (61), and all beyond Pu (94) are man-made by nuclear reactions in a laboratory.

The isotopes 6Li, 7Li, 9Be, 10B, and 11B are all more abundant in and cosmic rays than they are on earth. These elements are formed by a process called spallation. Cosmic rays, which abound in space are generally made up of very high energy protons. When these protons strike C, N, or O as in our atmosphere a nuclear fission reaction takes place and yields Li, Be, and B.                   (eg 12C(p, a)9Be) Small amounts of these elements have been “raining” down on earth for 4.6 billion years.

Figure 3 The Periodic Table color coded to indicate the process that forms that element. ( from Wikipedia)